In The Cloud Studios attended VRLA’s 2016 Summer Expo.  Amid the myriad of booths, displays and attractions was an exciting mix of new  hardware and software, content developers and 360° producers.

They had two theaters going at most times throughout both days, on subjects all pertaining to Virtual Reality its development, deployment, perception, use,  and even legal issues around it.  They had speakers from Industry leaders, from companies such as AMD, Nvidia, Mettle and Sennheiser and many others. 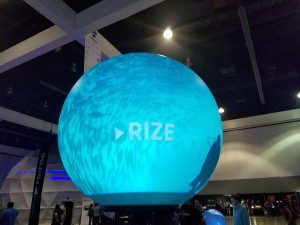 If you are new to VR, or maybe just want to see whats new, or want to talk shop with some of the Movers in the Biz, this was the place to be.  So far its the best VR Expo/Conference I have seen, and I will be back for VRLA Winter Expo.

Make Sure to Turn up the resolution.