On Saturday March 19, 2016 In the Cloud Studios attended a VR Storytelling Workshop, hosted by VRLA at Village Workspaces.  Andrew Cochrane of Mirada Studios was the first speaker, and ran the show. Andrew shared some of his experiences, and lessons, working with 360 video, from both technical and artistic perspectives. There were a few other speakers through out the day, all speaking on producing 360 VR experience. 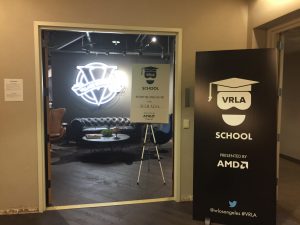 The main experience centered around a series of small groups, all working on creating a 360 video, from ideation, pre-production, shooting and editing.  I was lucky enough to get in a group, where not only did Andrew spent a lot of time with, but had a nice mix of skill sets, with varying levels of professional experience.  While, in the end there just was not enough time, to fully cover editing. I did have a blast working with my group, and the experience of creating our video. 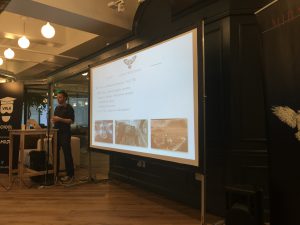 I look forward to the future, and what this new, emerging VR market has in store for us all, as In The Cloud Studios continues to work towards creating our first 360 video.